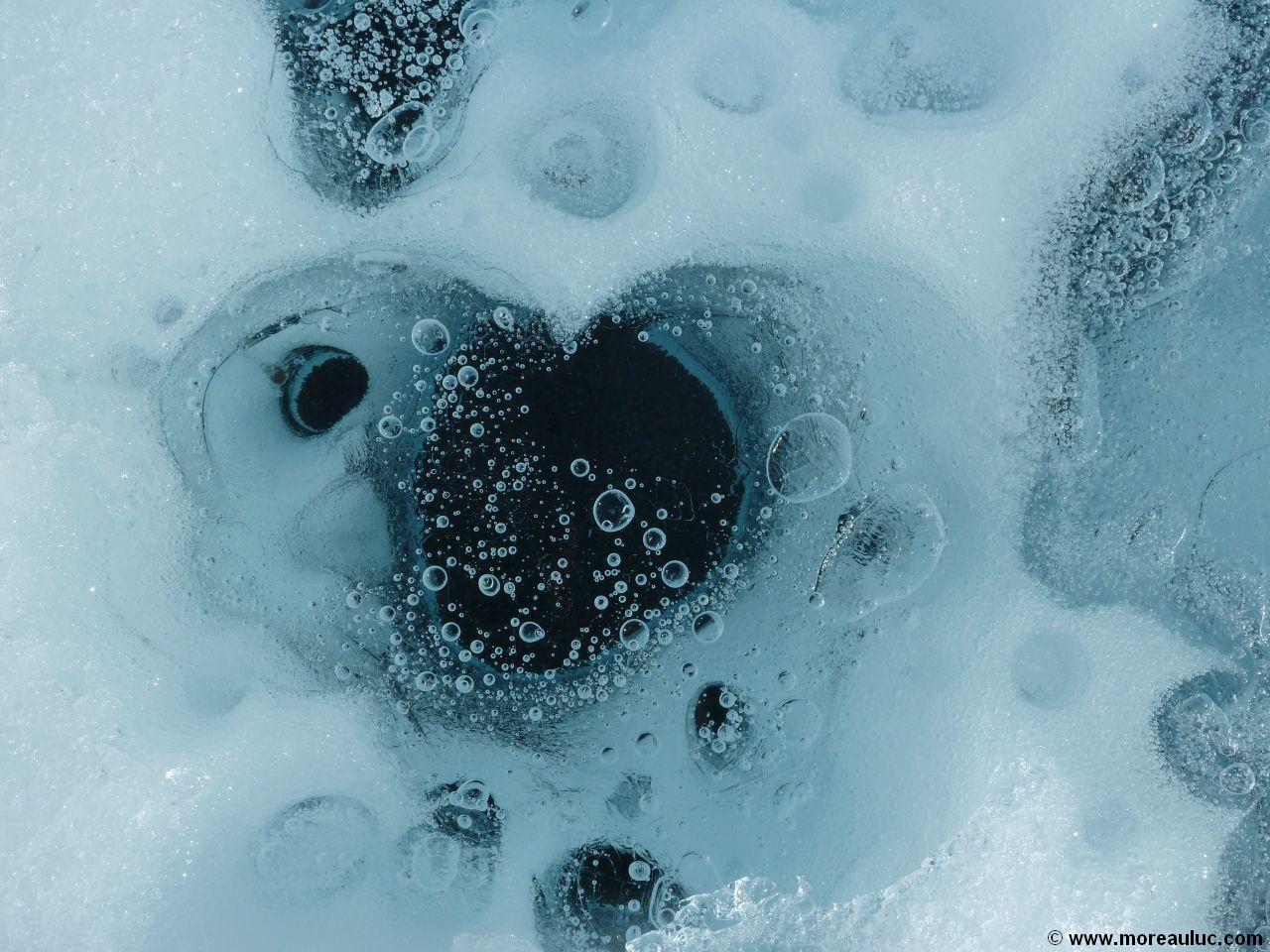 Free admission with registration | Open to professionals and the general public.

La SCAM Invite is a format of meetings organised by the SCAM (Société Civile des Auteurs Multimédias) in partnership with festivals they support. It offers the opportunity to share creative and contemporary points of view, each time initiating an unexpected dialogue between two personalities working in fields that are a priori remote (authors, artists, scientists, philosophers, engineers, musicians, visual artists, landscape artists, video artists, mathematicians)… brought together for a public discussion.

With the glaciologist Luc Moreau and the artist Anne-Sophie Emard.

The Scam Invite is prepared and moderated by Gilles Coudert, writer-director, member of the Scam, partner of VIDEOFORMES 2022.

Global, the predicted climate change will affect the entire planet, its inhabitants, its fauna and flora.
The scientific, political and, above all, economic bodies are reacting in disorder, sometimes in diametrically opposed ways, some even going as far as to completely deny a phenomenon that is nevertheless proven. Beyond the generated confusion, what does the individual gain from this, how can he or she act, is he or she heard?

There are other words, intimate, felt, those of artists who express hypotheses centred on the human being, on the impact of their own reflections and actions towards a sustainable future.

Anne-Sophie Emard‘s work, Les éperdus (the alofts), conveys a sensitive resonance to the climatic variations of Mont Blanc, relying both on scientific data transmitted in real time on a set of artefacts and on gleaned words whose interest lies in what they communicate of the unspeakable.

The exchange between Anne-Sophie Emard and the glaciologist Luc Moreau will be an opportunity for a dialogue about the invisible, about movements that are measured on a time scale. With a peaceful approach, in these times of confusion when fear seems to be the predominant feeling.

Anne-Sophie Emard is a visual artist. She works with installation and video. The question of memory is present in all of her work. She represents it through images that she assembles in a visual marquetry that transcends a vibrant vision of the world. In her proposals, “we look at something other than what we see”, and if the artist often connects two images, it is not so that we “see” these two images, but so that we see another one, not a third one but another one: an image-construction, an image-thought.

Anne-Sophie Emard was awarded the Prix de L’Œuvre institutionnelle 2020 by the Scam, for her film F comme Fleuve (F as in Flow).

Luc Moreau is a specialist in subglacial hydrology related to glacier sliding. He became a glaciologist and then a Doctor in Alpine Geography in 1995 (Grenoble I). In 2005, he became an associate member of the research team of the CNRS Environnement et Dynamique des Territoires de Montagne (EDYTEM) laboratory, and of the THEMA CNRS laboratory in Besançon. When he is not on or under a glacier, he teaches glaciology in high schools, universities and even to mountain professionals.